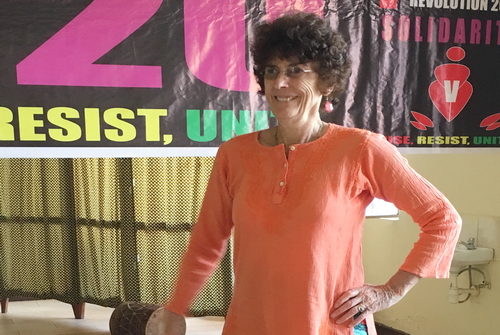 It is with a profound sense of loss that we announce that Dr. Carole McArthur passed away on Friday, May 20th after a brief illness. Carole retired in 2019 after 28 years of service to UMKC and the School of Dentistry and School of Medicine. Carole was originally from New Zealand and still maintained a home there. She received her Ph.D. from the University of Otago and her MD from the UMKC School of Medicine. Over her career she published over 200 original articles, book chapters and abstracts and received over 70 grants and contracts from Federal, State and Local Agencies as well as International Foundations and Pharmaceutical companies. She was internationally renowned and notably for the past 2 decades, she was at the cutting edge of HIV/AIDS and TB diagnostic system development and evaluation in Cameroon, South Africa and the Democratic Republic of Congo, where she established treatment clinics that have served millions of people. In 2019 she discovered the first new strain of HIV in 20 years. Shortly before her retirement she was recognized by Otago University as a “Life-Changer”, an award given to alumni that recognizes the sum total of their career achievements; in her case for advancing scientific research and humanitarian aid in the fight against AIDS in Africa. Throughout her career in science, medicine and education she also maintained several recreational passions, most notably the Olympic sport of Dressage. She bred and trained horses for many years and competed with them, winning several competitions. Upon her retirement she was appointed an Emeritus Professor and received an Olson Professorship. We send our deepest sympathies to her family and many friends. She touched the lives of countless individuals, and it was a true privilege for those of who knew her to call her colleague and friend.