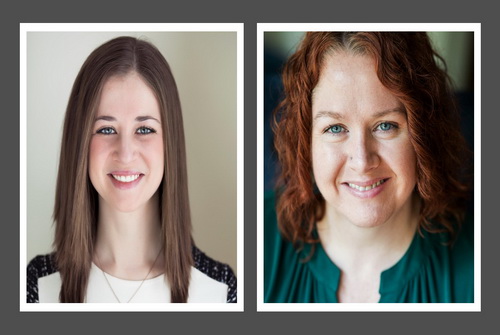 Research by a team including two UMKC School of Dentistry faculty is looking at how the early eruption of molars could be an objective, relatively inexpensive way to identify children who are experiencing faster physical development and biological aging.

Such early biological aging is associated with childhood stresses and traumas, and can lead to long-term health problems, said one of the UMKC researchers, Erin Bumann, D.D.S., Ph.D., M.S., assistant professor. Her research with JoAnna Scott, Ph.D., another School of Dentistry assistant professor, and faculty from the University of Pennsylvania was published June 8 in the Proceedings of the National Academy of Sciences.

“As a board-certified pediatric dentist-scientist, I have seen first-hand how children exposed to adversity can have decreased physical and mental health,” Bumann said. “We investigated a domain of biological maturation that has not previously been considered in the literature: tooth eruption. Tooth eruption is assessed routinely, unambiguously, and at an early age by a dentist. Since early childhood adversity drives early permanent molar tooth eruption, dentists could use tooth eruption timing as an early and easily assessed biomarker to identify individuals at risk of accelerated development, which includes earlier morbidity and mortality.”

In the study, which Bumann and Scott helped design, children were classified by factors associated with early stress, such as low family income and adverse childhood events. The children also underwent MRIs from which their molar development was accessed to see whether it correlated with their early life stress events. This was then confirmed with the CDC’s publicly available National Health and Nutrition Examination Survey, a continuing cross-sectional survey of the US population.

The summary of the research said, “These findings suggest that the impact of stress on the pace of biological development is evident in early childhood, and detectable in the timing of molar eruption.”

Using early molar eruption as a way to identify accelerated aging — and offering help to the stressed children — could have advantages over other methods that involve expensive testing or depend on later events such as the onset of puberty.

Bumann said she and Scott plan to continue their research by looking at the eruption of other permanent teeth. That work will be aided by the $10,000 N. Sue Seale Pediatric Dentistry Research Award, which Bumann recently received from the American Board of Pediatric Dentistry’s Foundation. Bumann will also apply for further support from the National Institutes of Health.
Their research findings are here on the Proceedings of the National Science Foundation website.