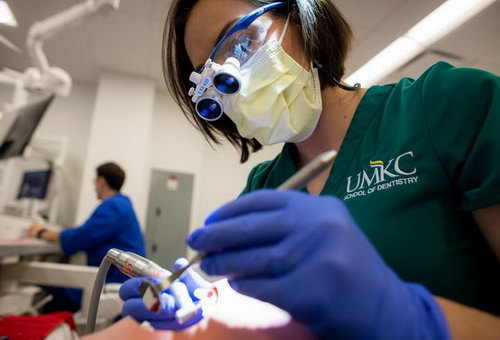 Provost Jenny Lundgren announced that a national search for the next dean of the University of Missouri-Kansas City School of Dentistry will get underway in early November.

Important Notes:
• The UMKC School of Dentistry is known around the world for its research, consistently winning significant National Institutes of Health grants and attention from media around the country and the globe.
• The school has a large alumni base across the ocean in Hawaii that dates back to World War II when much of the U.S. was seized with fear of Americans of Japanese descent; the dean at the time took a different path and welcomed Japanese American students with open arms.
• Marsha Pyle, who served as dean since 2009, retired in September, and School of Pharmacy Dean Russell Melchert is serving as interim dean until the next dean is hired in the spring with an anticipated start in the summer of 2021. Community forums are planned to be held in March or April.

UMKC Provost Jenny Lundgren said:
“We’re looking for a strong candidates who can build on the enormous impact of this more-than-century-old institution and continue to move the dental profession into the future through compassion, education and innovation.”