We are #RooReady for fall semester classes. Learn more about the UMKC response to the global COVID-19 pandemic and get the latest updates and safety information from the CDC. 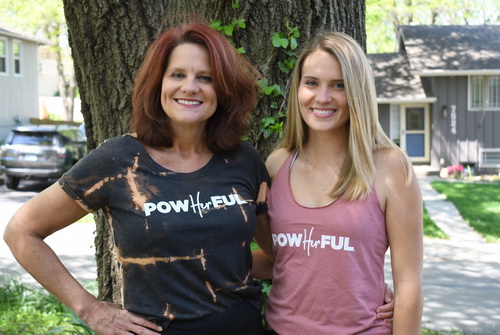 Linda and Leila Seabaugh made the best of their months away from the School of Dentistry, and they did it under the same roof. Linda, DDS ’88, teaches mainly in clinic and the pre-clinical lab. Her daughter Leila, DDS Class of 2023, is wrapping up her first year as a dental student.

For Linda Seabaugh, it was good to have time to work on continuing education and faculty development courses, and to complete the UMKC Faculty Online Certification, which she will need for teaching a lecture course in the fall.

“The last two months have been very productive, but working in the same space day after day gets old! I really, really missed my colleagues and students,” she said. “I knew I would, but I didn’t know HOW MUCH I would miss them. Generally speaking, I am challenged by almost all technology, so I’m very happy that I have been able to learn Zoom and other online technology without too much difficulty.”

For Leila Seabaugh, living at home had its advantages, including an in-house faculty member who could answer some of her questions. Having more control of her schedule was a mixed matter – allowing her to spend more time on what she thought was important, but missing the discipline of having to show up in person for lecture classes. There were outright disadvantages, too, from a power outage and occasionally shaky Internet service to her father’s not-so-quiet workshop.

“My family isn’t too noisy for the most part,” she said. “But my dad’s workshop is right below my room and I don’t think he realizes how much the sound travels. So during a final I was trying to stomp on the floor to tell him, Hey, I’m taking a test.”
Returning to the pre-clinical lab last week was challenging, too. “I knew I would be rusty, but procedures that I thought I was getting better at before quarantine were significantly harder and looked way worse than they did before we left. The pre-clinical lab is great, though, and it’s nice to get an idea of what it’s going to be like to work on real patients and start practicing that already.”

Now, mother and daughter are looking forward to the fall semester, though they aren’t sure yet exactly how classes will be offered, whether online or as hybrids. And they won’t have quite the togetherness, as Leila and her sister, who will be starting at the UMKC School of Law, just moved into a rental house with another roommate.