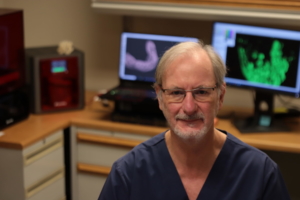 Jean-Marc Retrouvey received his DMD for the université de Montréal in 1978. After several year in a rural private practice in General Dentistry, he completed his orthodontic certificate and master’s in science at Boston University. He then practice orthodontics full time for several years until he accepted the position of Director of the Orthodontic Division at McGill University in Montreal, Canada.

As a teacher, he has received the McGill Dental Society, the Wood, Katz and Silverstone awards for excellence in teaching. Dr. Retrouvey also received the Bravo award for his implication at McGill in teaching and research at McGill University. Dr. Retrouvey is also involved with HVO (Health Volunteer Overseas) in the development of blended teaching program for emerging countries and is president of the International Foundation for Dental Education, a nonprofit organization offering orthodontic course in

He is the principal investigator for the NIH supported research project dental aspect of the Longitudinal Study of Osteogenesis Imperfecta and was the Principal Investigator for the “Dental Malocclusion and Craniofacial Development in OI”. These research projects are conducted by the Brittle Bone Disease Consortium from the RDCRN network of the NIH and have been renewed for a second phase. He is now Principal investigator for the NIH supported project: Use of clear aligner for the treatment of dental malocclusion in individuals with Osteogenesis Imperfecta Types III and IV. This research initiative has allowed UMKC and the Children Mercy to become the latest center in the Brittle Bone Disease Consortium to further study the craniofacial aspects of osteogenesis imperfecta.

Dr. Retrouvey’s goal as Chair of the Orthodontic Department is to build program focused on “Tradition through Innovation”. Digital treatment planning, In house aligner therapy, 3D printing and the development of artificial intelligence and machine learning are his main research goals. Under his guidance, clinical orthodontics will remain a strong component of the orthodontic specialty program and will evolve with new technologies. 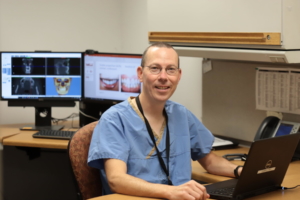 Dr. R. Scott Conley is the Advanced Orthodontics Program Director and an Associate Professor in the Department of Orthodontics at the University of Missouri at Kansas City. Dr. Conley received his dental degree from the University of Pennsylvania and his advanced orthodontics certificate from the Vanderbilt University Medical Center. After completing his education, he has spent twenty years on the full-time faculty at Vanderbilt University Medical Center, University of Michigan School of Dentistry and University at Buffalo. He has held leadership positions at the university level as well as within the American Association of Orthodontists and Edward H Angle Society. Dr. Conley is the past recipient of two Biennial Edward H. Angle Research Awards, an American Journal of Orthodontics CDABO Case Report of the Year and has received over $300,000 in research grant funding. Dr. Conley is currently the Director of the North Atlantic Component of the Edward H. Angle Society, Associate Editor of the Angle Orthodontist, and is Board Certified by the American Board of Orthodontics. He has lectured nationally and internationally in the areas of surgical orthodontics and obstructive sleep apnea. 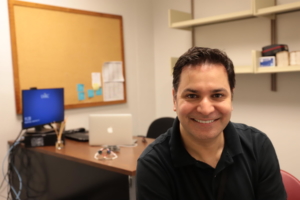 Dr. Amin Neishaboory completed his Doctorate of Dental Surgery (DDS) from Iran in 2002 and migrated to Australia. After practicing dentistry and orthodontics in Sydney, Australia for over 10 years, he decided to pursue his education in Orthodontics in North America.

He obtained his Certificate and Master in Science (MSc) in Orthodontics and Craniofacial Orthopedics from the University of Manitoba, Canada. (2019)

His interest is in facial esthetics in orthodontics and orthognathic surgery. He has had a few research and presentation on these topics which brought him awards such as; Russell Wallace Memorial Award, Hinman Research Symposium Award, Latest Research Award from Canadian Association of Orthodontics and Dr. John Abra Orthodontic Award.

Dr. Neishaboory is a board certified orthodontist by the American Board of Orthodontics (ABO) and he is an active member of American Association of Orthodontists (AAO). Currently he is serving as a full-time clinical assistant professor in the department of orthodontics, school of dentistry, UMKC.